There’s a lot to unpack with the new Kel Tec P15. For starters, it’s the company’s first striker-fired pistol, which is rather significant. KelTec’s handguns had previously been hammer-fired, with the hammer left internal like in Ruger’s Security-9 and LCP line of pistols. Where the majority of striker-fired pistols feature a bladed-safety trigger to prevent accidental discharge if dropped, the P15 includes a grip safety. The P15 is a one-of-a-kind design that exemplifies KelTec’s inventive, outside-the-box thinking.

The “15” in “kel tec P15″ refers to the capacity, although there is an asterisk here. The regular, flush-fit magazines contain 12 rounds; the 15-round magazines require a slightly enlarged floorplate to accommodate the extra three bullets. This is a good thing, as the flush magazine points out.The expanded magazine, on the other hand, allows for a complete three-finger grip. Even with the extended magazine, the P15 is 5 inches tall, 6.6 inches long overall, and has a 4-inch barrel. When it comes to width, though, the P15 wins—it’s only 7/8 of an inch wide. That’s slim.

Another intriguing element of the kel tec P15 is the weight, 14 ounces. Its is in keeping with the very low weight of earlier KelTec inventions like the P3AT, and is several ounces lighter than most other pistols in this class, most of which have shorter barrels and less capacity. Will this launch a weight-loss war? Only time will tell. It does make the P15 a little snappier, but the larger barrel adds weight farther out, which helps limit this to a minimum. The extended magazine floorplate and resulting three-finger grip helps with control, too.

The kel tec p15.There’s a magazine disconnect, which took me by surprise. The slide stop lever is well-designed, inconspicuous, and simple to use; it also functions as the takedown mechanism. The magazine release is reversible, however it is shallow and requires practice to engage with the shooting hand. Slide serrations front and rear make charging the P15 straightforward, and the grip texture, while harsh, secures the handgun in the hand. Sights are also beautifully done, featuring tritium and fiber-optic up front and twin-pipe tritium rear sights.

Bottom line? The kel tec P15 is an interesting pistol and represents yet another option for the striker-fired, polymer-frame 9 mm fan.

coming months—finding holsters is a little tough right now. Kinetic Concealment will be selling OWB holsters for the P15, and we’ve already gotten a prototype. While the kel tec P15’s size makes it ideal for inside-the-waistband carrying, it’s also small enough to be carried outside-the-waistband.

The OWB includes a leather backing that secures the holster to the belt with a molded kydex shell firmly connected. It’s a straightforward design that provides comfort and form-fitted retention, with flathead screws holding the kydex to the leather. While we haven’t seen any loosening of the screws, it’s always a good idea to Loctite the screws or check on them on a regular basis.

In line with the affordable-and-durable approach, we’ve chosen Buck Knives’ Spitfire folding knife to round out our equipment. The Spitfire has a 3.25-inch 420HC stainless steel drop-point blade, aluminum handles, and a thumbhole in the blade for one-handed opening. A lockback mechanism secures the blade in the open position and requires two hands to shut.

The pocket clip is reversible for left- or right-pocket carry, however only in tip-up position. There are three color options: gray, orange, and the black variant we have today. The Spitfire weighs 3.2 ounces, is handcrafted in the United States, and comes with a lifetime guarantee. Buck provides up to two lines of engraving for a little fee.

There are no reviews yet. 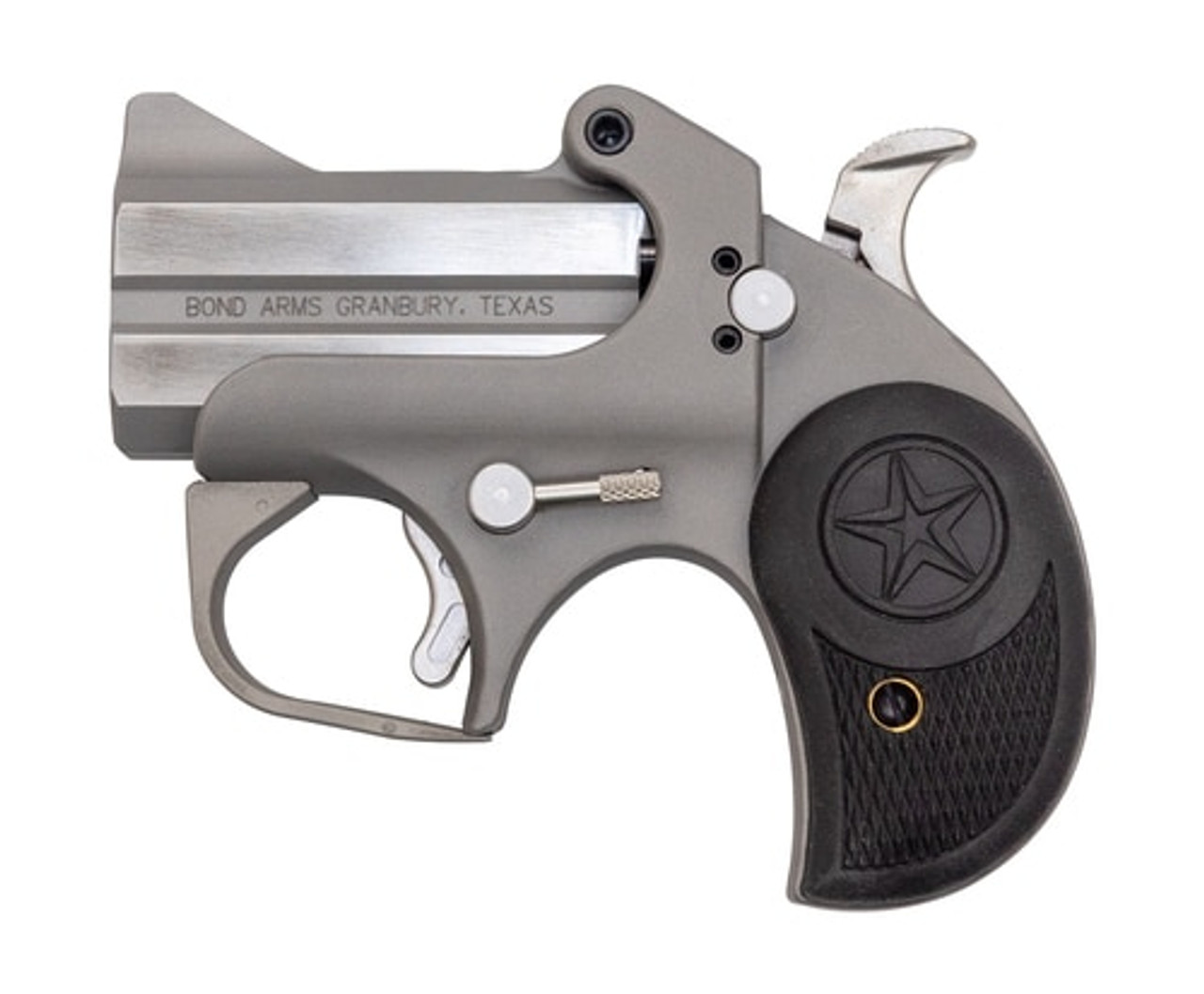 Bond Arms Roughneck now in stock for sale. The compact, yet rough-looking, Roughneck is a new type of Bond Arms gun. It’s built with a 2.5″ barrel chambered for 9mm, 357/38, or 45ACP. Works best with smoothed-lined holsters. they have good reviews. Features:
Add to wishlist
Add to cart
Quick view
-12%